An Introduction to Botany, in a Series of Familiar Letters, with Illustrative Engravings.

Wakefield, Priscilla.
London, Printed by and for Darton and Harvey, 1807

Known in its time as "Wakefield’s Botany" this is a fifth edition; the work was first published in 1796. It was a popular work, going into 11 editions over 40 years. It was also translated into French and published in America. It is a text for children, designed to "cultivate a taste in young persons for the study of nature" by familiarizing the system of Linnaeus in the form of letters from a young lady to her sister, with illustrations. The narrator, a governess, gives botanical lectures, which the young woman writes to her sister about. They give an overview of the Linnaean system; the plates illustrate parts of plants, including the reproductive system, which was controversial. Plant sexuality is side-stepped; this was also a controversial topic. Living from 1751-1832, the author, a nominal Quaker, was known for her children’s books on science and travel and for her philanthropic work setting up savings banks. She thought learning about plants was a much better use of young girls’ time than any number of other fashionable pursuits. Between 1794 and 1816 she wrote 16 natural history books and travelogues for young people, as well as the significant Reflections on the Present Condition of the Female Sex. 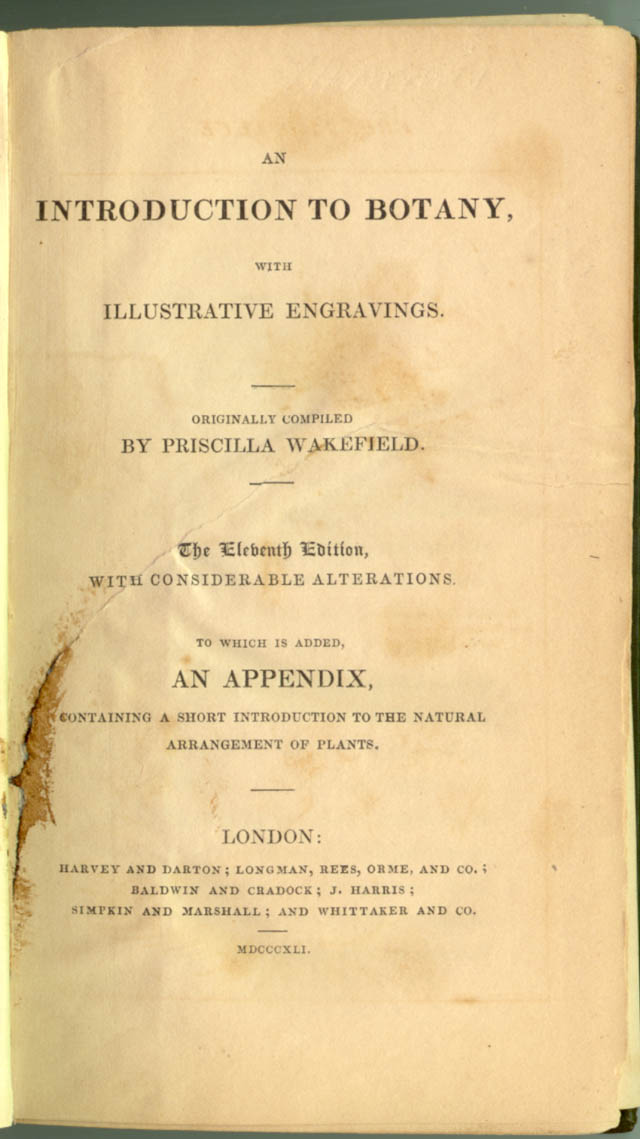 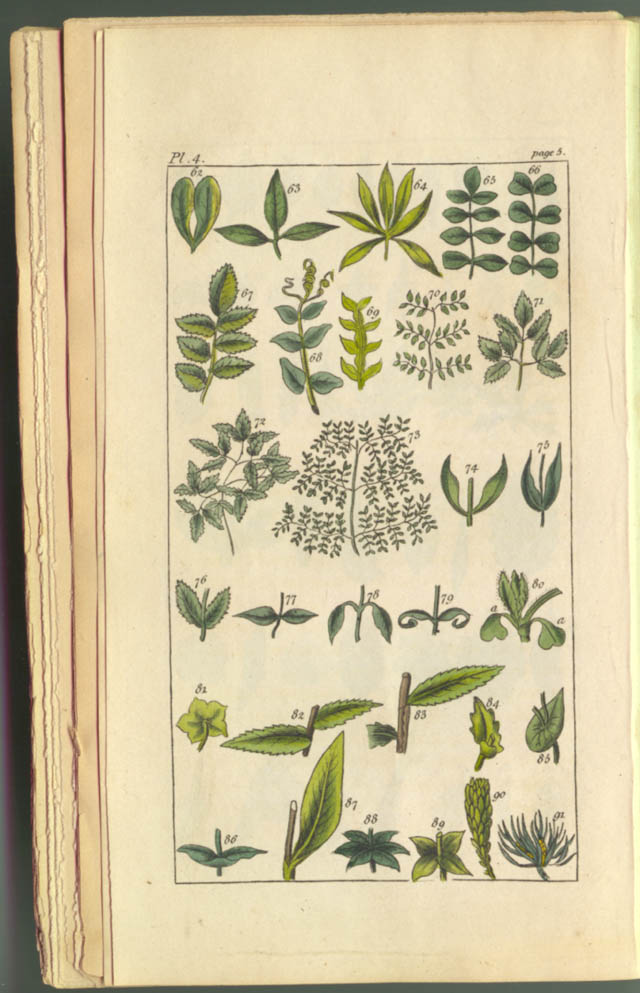 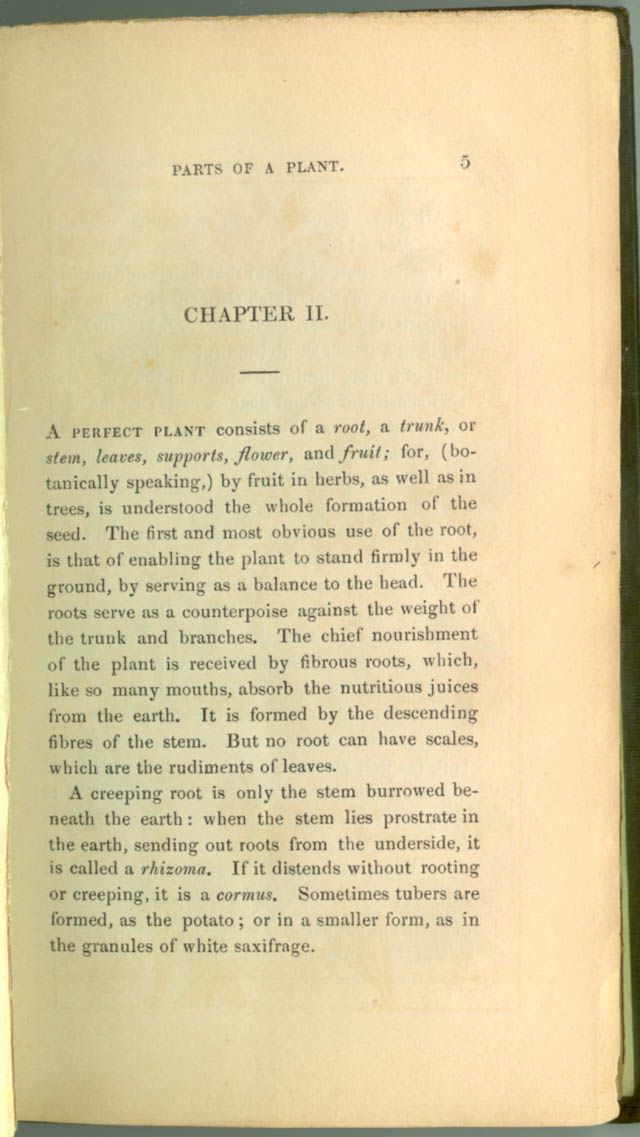